For years I had been a huge fan of French Country Style. I had red toile in my family room, as well as roosters and other quintessential French Country touches throughout my house. However, as part of my lightening up and paring down over the last couple of years that I’ve shared here and on Instagram, I would say that what I most gravitate to now is more of a Swedish influenced style. I think of it as similar to French, but lighter, both in color and in spirit. Both have a a very European sensibility, yet the Swedish take is just a little more spare, a little lighter, a little simpler. There is usually very little color, and if there is, it’s pale, pale versions of blues, greens, or greys. Swedish furniture is influenced by Neoclassical style, with very little ornamentation or embellishment. Another thing that is a big part of Swedish style is symmetry (love!). I think the style is so versatile; it mixes well with many other styles, and can be incorporated into so many different spaces and mixed easily with different periods. Most of these inspiration photos are a mix of French and Swedish or other European antiques, but to me, that’s ideal. The theme here is the lightness of the rooms. 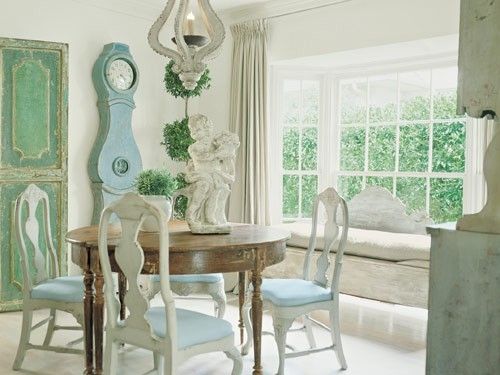 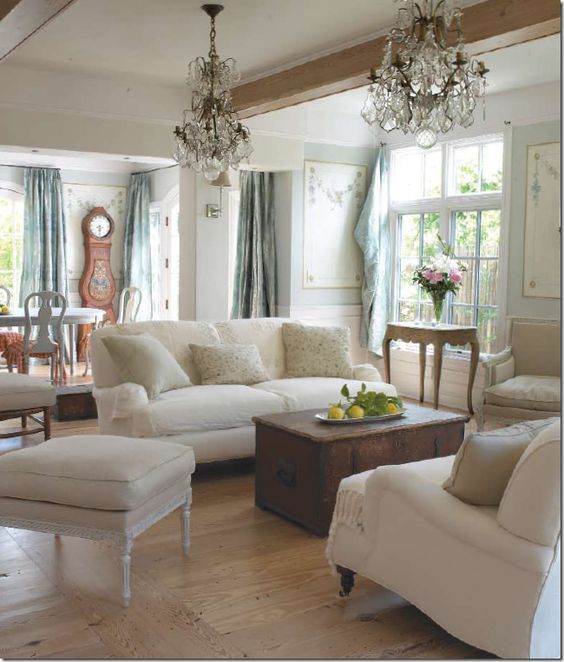 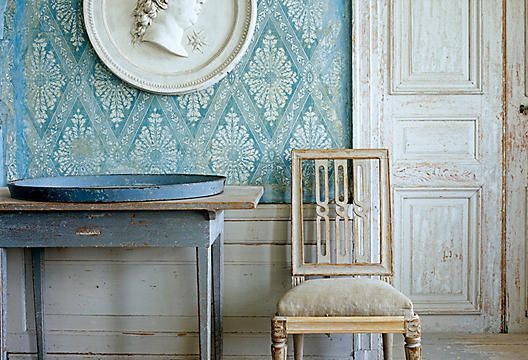 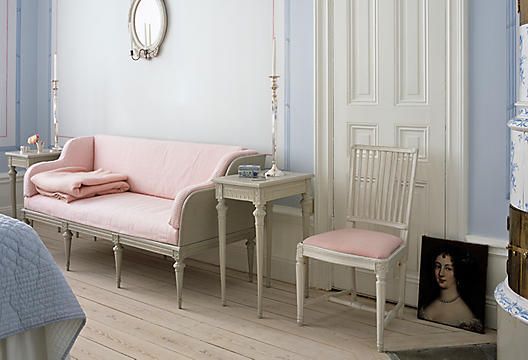